Celtics Pay Another Christmas Visit to the Magic 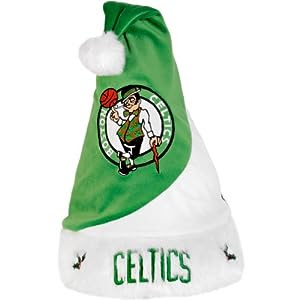 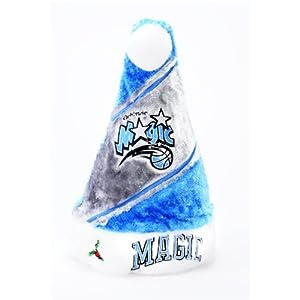 Boston Celtics (23-4) at Orlando Magic (17-12)
Saturday, December 25 - Merry Christmas!!!
2:30 PM ET
Regular Season Game #28 Road Game #14
TV: ABC, CHCH TV
Radio: WEEI, WDBO
Amway Center
Referees:  Bob Delaney, Matt Boland,  Marat Kogut
This is the first meeting between these two teams this season.  Last season, the Magic won the series 3-1 with the win coming on Christmas Day in Orlando.  The Magic won both games at TD Garden.   Ray Allen led the Celtics with an average of 16.8 points while Rajon Rondo
added 12.8 points, 8.5 rebounds and 7.8 assists per game.   The Magic were led by Vince Carter and his 19.8 points per game while Dwight Howard averaged a double‐double with 12.3 points, 14.5 rebounds and 3.25 blocks per game.

The Magic have been struggling of late, even before the trade that shipped out Mickael Pietrus, Rashard Lewis,  and Vince Carter, all of whom started for the Magic in last year's Christmas Game.   They have gone 3-7 in their last 10 games and had lost 4 in a row before soundly beating San Antonio on Thursday, ending the Spurs 10 game win streak.   They brought in a familiar face in Hedo Turkoglu and he is joined on the team by Jason Richardson and Gilbert Arenas.  On paper, they are a better team after the trade.  But they have been struggling to find chemistry with their new players.

This is the second year that the Celtics are playing in Orlando on Christmas Day.  Last season they were 22-5 going into their Christmas day show down, which the Celtics won 86-77.   The Celtics are 10-3 on the road while the Magic are 10-5 at home.

The Celtics are always up to beat the Magic and there is no shortage of motivation for either side.  Gilbert Arenas always gets up to play the Celtics as he felt he was given a first round promise by the Celtics on draft day and they went back on it as Arenas slipped into the second round.  Quenton Richardson and Paul Pierce have had bad blood throughout their careers.  And the Magic eliminated the Celtics two years ago in the playoffs with the Celtics returning the favor last season.

The Celtics are still undermanned with both Perk and Delonte out for sure.  Jermaine O'Neal was scheduled to make his return against Philly but was felled by the flu.  Doc expects him to be available for this game but it remains to be seen how effective he will be in his first game back.  Doc has said that Rondo will be out for this one, but I wouldn't be surprised if he somehow talks his way back into the starting lineup for this one.

Both teams should be motivated for this game in the spotlight on the national stage.  The Celtics have a 14 game win streak on the line while the Magic are struggling to regain some respect as a contender.
Probable Starting Matchups
Point Guard 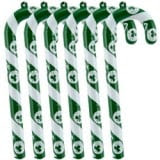 Shaquille O'Neal vs Dwight Howard
This is the key matchup between these two teams.  Slowing down Dwight Howard and keeping him off of his favorite spots around the basket is key to slowing down the Magic.  Perk has always been one of the few centers in the league who has been able to cover Howard one on one.  One of the other centers who gives Howard problems is Shaquille O'Neal who will be once again starting for the Celtics in this game.  Shaq needs to contain Howard and keep him from getting into his rhythm around the basket, and especially keep him off the boards.

Kevin Garnett  vs  Hedo Turkoglu
Another key matchup between these two teams is at the power forward spot.  KG always said that Rashard Lewis was one of his tougher matchups.  But with Lewis gone and with Turkoglu still getting used to his new role on this team, KG should have the advantage.

Nate has been doing a very good job of filling in for Rondo but this may be a challenge for him defensively.   The Magic would have the advantage in this matchup as I don't know if Nate can effectively guard Nelson.   As I said in the game notes, though, I wouldn't be surprised to see Rondo somehow talk his way into playing in this one.

Key off the Bench

Glen Davis - 11.9 PPG, 5.7 RPG,  0.5 APG
Big Baby has been a key to the Celtics wins this season.  He has brought energy off the bench and has been contributing key scoring, rebounding and defense for the second unit.

Gilbert Arenas - 16.3 PPG, 5.4 APG, 1.3 SPG
Arenas is looking for a fresh new start with the Magic and as I stated above, he always has extra motivation to beat the Celtics.   But he is still getting used to the system in Orlando and so his effectiveness may be limited.  But if Arenas gets going, it could mean trouble for the Celtics.

Keys to the Game
Focus for 48 Minutes - When the Celtics put their mind to it and focus especially on the defensive end, they can shut down any team in the league and win going away.  There are times though when their focus seems to waver and they struggle on both ends of the court.  They certainly weren't focused against the Sixers, partly because of a frustration with the officiating.    The Celtics need to come out focused and keep their focus for 48 minutes.

Defense - Defense is the key to winning. Period. The Celtics have shown that they have the capability of shutting down teams and when they play tough defense, the offense runs more smoothly.  But when they falter on defense, it seems as though their game suffers on both ends.  The Celtics must defend the perimeter as the Magic have guys that can hit the 3 and they must also defend the paint where Howard does his damage.

Rebound - Dwight Howard can take over a game on rebounds and putbacks alone if the Celtics don't box him out and crash the boards as a team.  Rebounding takes effort and desire and the Celtics must show both if they want to win this game.

X-Factor
Christmas Afternoon Game
It's always dicey playing an afternoon game.  The Celtics  are 2-1 this season, having lost their first matinee but have won their last two.  This will be the Magic's first afternoon game.  Both teams may be a bit distracted with all of the holiday hoopla going on.  Whichever team can best block out the distractions and focus on the game will be the team that comes out on top.