Celtics Look to Bounce Back as they Visit Pacers 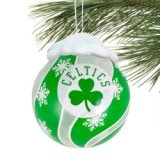 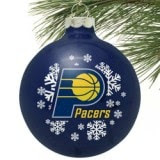 The Celtics want to avoid unpleasant comparisons to last year's after Christmas collapse when they went on a 3 game skid and then went on to lose 13 of their next 22 games.  This year's team has had a lot of injury problems, but they also have a healthy Kevin Garnett and a whole different mindset and so we shouldn't expect a similar skid this season.

I expect the Celtics to come out strong in this one to prove to themselves and to their fans that the loss on Christmas was just a bad game and that they are going to continue to play at the high level we have seen from them so far this season.
Probable Starting Matchups
PointGuard

Paul Pierce vs Danny Granger
Danny Granger is a very good player and he usually plays very well against the Celtics.  In the last meeting between these two teams he had 19 points, 6 rebounds, 2 assists and 3 steals while Pierce countered with a triple double with 18 points, 10 rebounds and 12 assists.  Pierce needs to continue his strong play in this game also.

Kevin Garnett vs Josh McRoberts
McRoberts missed the last meeting between these two teams with an injury.  KG has been playing very well and this could be the Celtics best matchup in their favor.   They need to go to KG early and often.

Honorable Mention
Point Guards
Nate took responsibility for the Celtics' Christmas day loss to the Magic.  He had a terrible shooting game and wasn't able to contain Jameer Nelson down the stretch.   I look for Nate to bounce back in this one with a much better game.    The Pacers bring TJ Ford off the bench and Avery Bradley may matchup well against him.
Keys to the Game
Defense - The Celtics have been winning with their defense and they must continue to make defense their priority.  They must defend for 48 minutes and not let up down the stretch.

Rebound -  When the Celtics put out the effort needed to crash the boards, that effort transfers to the other areas of their game as well.  Winning the rebounding battle also prevents second chance points for the Pacers as well as limits fast break opportunities.  The Celtics out-rebounded the Pacers 45-43 in their last meeting.  They need to put out an even better effort in this one.

Don't Settle - The Celtics must be aggressive and take the ball to the hoop.  The can't settle for jumpers.  Good things happen when they go inside.  They also have to move the ball and get the best possible shot and not settle for quick jumpers.

Ubuntu - With all the injuries, the Celtics must band together and fill in for the players who are out.  They need to help with ball handling and assists with Rondo out as well as on the boards with the Shaq, JO and Perk not playing.

X-Factor
Bounce Back
The Celtics lost a tough game in Orlando.  They have bounced back with a strong effort after their other losses and hopefully they will bounce back after Saturday's loss.