Scalabrine's #44 to be retired tonight 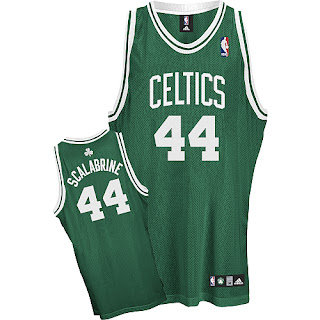 When Celtics rookie Luke Harrangody was not given his longtime #44 this Summer, some speculated that Danny Ainge might be getting his number retired. To me this would have been ridiculous for the one time NBA all-star. The more realistic explanation was that Boston Celtics great Brian Scalabrine was going to get the honor. Celtics Life has learned that in fact the retirement ceremony is going down tonight at halftime of the Celtics/Bulls game.
When reached for comment the Celtics initially would neither confirm nor deny the ceremony, but Danny Ainge took to his favorite medium, twitter, to tweet the following:


@BiteMeTree44
Wyc has been wanting to honor Brian for quite some time. We actually considered retiring his number last year while he was still a member of the team, but then we thought that might start a bad precedent. What would Paul Pierce and Von Wafer think? Would we have to retire their numbers while still in uniform as well?

Personally for me this is rather special, because my shining moment as a GM was signing Scal for 15 million. Talk about a low risk signing that brought huge rewards huh? And I feel like Steve Kuberski must have felt seeing his #33 retired. I've talked to Kevin Gamble and Allan Ray and they both have the same sentiments and are looking forward to Pierce's and Wafer's days.

Doc Rivers who previously was quoted saying that Brian Scalabrine is a one of a kind player, a treasure who you should never let go added:

My three top moments in my life after tonight will be my first child's birth, the 2008 title, and Scal's number going up. Losing Thibs was like a blow to the gut, but losing Scal was like my testacles were put through a cheese grinder. And that's not hyperbole. I actually tried it and it felt almost the same.

Brian "Intangibles" Scalabrine averaged 2.7 points, and 1.5 rebounds a game over his five illustrious seasons in Boston. I expect the Garden crowd to give him a record long standing ovation both prior to the game and then to break that record during the retirement ceremony. I can not be at the game tonight, but I will be wearing an oversized head band and standing in front of my tv at home. I expect you all to do the same. 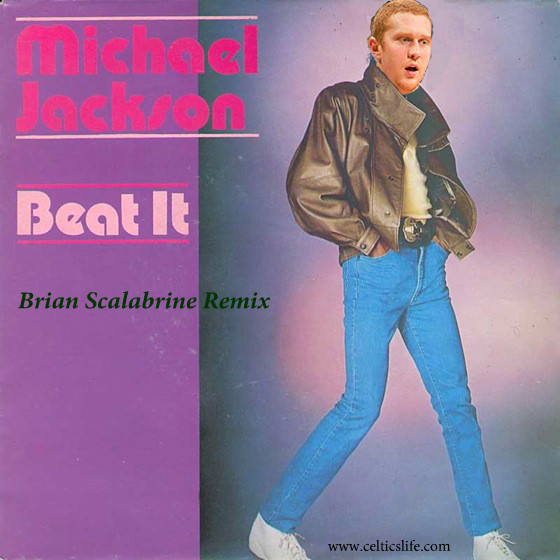 *There's a tiny possibility this column is purely satire.

You may also enjoy: Lebron, Wade, & Bosh all waiting on Scalabrine to make his decision