We Are Boston. We Are Ready. 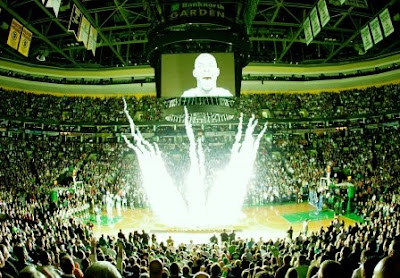 They said as it stood, we're too old, too slow, too injured.

The landscape has changed. The rules have changed. There has been a shift in the balance of power, and you're one, two, no... three steps behind. Just look at your roster.

You have players running close to an empty tank.
You have players who show promise but whose past is either marred by disappointment or uncertainty.
Yes you still have the Big Three. But at this stage and with their energy, can you still guarantee that they are still hungry?

And remember... you still have to do it, all over again.

Starting with Game 1 of 82, where anything could happen.

Follow that with the Playoffs. The Quarterfinals. The Semis. The Conference Finals.

They said it's a tall order. We won't make it, we won't last until the end.
So might as well lower our expectations and avoid getting hurt again.

This is Boston and this season, we plan on running the whole show.

We are aware of the rest of the world's expectations,
We very well know those other teams filled with high hopes, those with a chip on their shoulder, and those with a championship banner.
We know that we're up against not just them, but against ourselves above all.

And it sure is a damn tall order.

But this is Boston.

We set the standard in basketball.
We've known the agony of defeat, and we've known the ecstasy of victory.
We've felt almost every emotion you can name in the vocabulary.
We fight for each other. We believe in each other.
We are Celtic Pride.
We are not just a team. We are a brotherhood.
We believe that together, anything's possible.
We are Ubuntu.

And this season, come what may, we are out to make a statement.

We are out to win it all.

We are Boston. We are Ready.