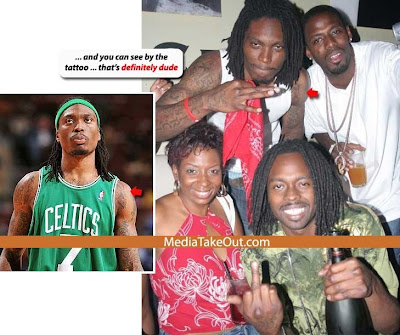 We've touched previously on the rumors that Marquis Daniels is affiliated with the notorious Bloods gang. The first I heard of this rumor was last Summer when he was among a few NBA players getting media flack for changing "c's" to "k's" in tweets, which is a custom of Bloods. Mediatakeout.com went further on this issue recently, and Marquis in an interview with Slam Magazine refuted the rumors.


SLAM: So what’s with the red bandana and gang signs in the pictures? Are you really in a gang? 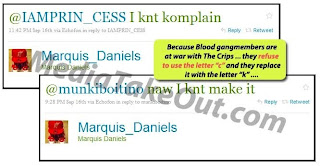 Marquis Daniels: Of course not. The rag wasn’t mine. You want to know why I wear a lot of red? It’s simple. I think I look good in red. It looks good on me. So just because I like the color red that makes me affiliated? That makes no sense to me.

SLAM: What about the messages where you allegedly replaced the letter “C” with the letter “K?”

MD: That’s absurd, too. Who doesn’t shorten words in their text messages? And to say I replace the letter “C” with the letter “K” is crazy. Where are they getting that from?
People are always searching for something negative to say. To even say that I’m in a gang is absurd. I would never put myself in that kind of situation. I respect myself, my family and my fans, especially the kids who look up to me, too much for that.

I sort of feel uncomfortable even discussing this issue and hopefully Marquis has nothing to do with the Bloods or any other gang. Obviously he's going to deny the accusations and I'm sure his fans will take his word with no questions asked. One thing that should be noted is that "complain" and "komplain" both have the same number of letters (I rock at Math!), so the whole twitter shortening of words by changing "c's" to "k's" sounds rather silly. What are your thoughts on this issue?