What the Hell Happened to...Greg Kite? 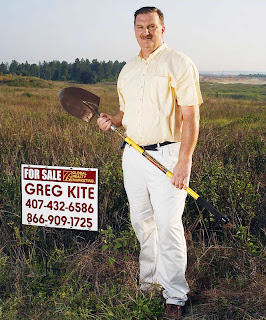 In this week's episode of WTHHT, we remember former Celtic, Greg Kite.  A burly, 6'11 center from Brigham Young, Kite was selected 21st overall in the 1983 draft by the Celtics.  Wearing #50, he'd play for the C's for the first 4.5 seasons of his career, the longest duration he spent with any one team.

He'd actually win 2 titles playing for the Celtics in 1984 and 1986.  Despite his low point and rebound averages, his most impressive run came during the 1987 playoffs (including his Epic Game 3 performance), when the Celtics were forced to play him because of their exceptionally weak bench.  During those playoffs he appeared in 20 games, playing a total of 172 minutes (seriously extended time for Mr. Kite).  You can make the argument if the Celtics bench was any good that year they would've won it (although the same argument could be made for the Flakers bench this year, but oh wait, that's right, they did win it with a helpful 20 extra free throw attempts in Game 7). 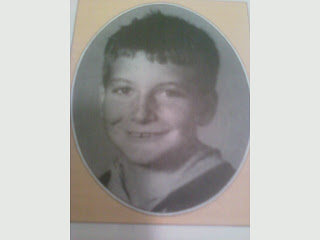 Midway through the 1988 season, Greg was released by the Celtics.  He'd latch onto the Clippers for the rest of that year.  Afterwards he'd make quick stops in Sacramento and Charlotte before signing with Orlando, where he'd play for 4 seasons.  He'd play with Orlando through Shaquille O'Neal's first 2 seasons but would eventually be waived by the Magic at the beginning of the 1994 campaign.  9 more games with the Knicks and Pacers, and Greg Kite's career was over.

Although Kite epitomized an NBA journeyman, he worked his ass off to maximize his skills.  Today if he was in the draft Jay Bilas would likely talk about his impressive wingspan or size but Greg Kite, statistically speaking, was one of the least productive players to play in the NBA.  His career averages were 2.5 ppg, 3.8 rpg, 44% fg shooting and a robust 2.3 fouls per game, in just shy of 15 minutes per game.  In other words, Greg was a hacker when he was out there.  But he was a Celtic and we loved him for that.

I'm not sure he'd be able to play in today's NBA where tall guys are being phased out (maybe someone similar to an Aaron Gray?)  On the other hand was Kendrick Perkins, the starting center on the 08 title team, that much better than him?  I don't think so.

One interesting note about Greg is that he actually made a 3 point shot in his career, during the 1990 season with the Kings.  He'd shoot 1-6 for his career.   Greg was also one of 4 BYU alum to play for the Celtics (and the second WTHHT nominee along with fellow Mormon Fred Roberts).  Danny Ainge is the third, and the 4th, well, he'll remain unannounced for right now, but you can expect to see a WTHHT segment on him in the near future.

Today Greg works for Global Asset Management Group as the Vice President and the CMO in the Windmere area of Florida.  Maybe he can connect to Michael Stewart who also lives in Windmere, and who doesn't seem to be doing much other than living comfortably off the massive NBA contract he earned.  They could change their name to "Kite and Stewart International."  It'd make everyone here at Celticslife ecstatic.  In the meantime here's a recent video of him (where the hell did they get this reporter from?):

If you'd like to reach out to Greg on Facebook you can contact him here.  Greg and his wife have adopted 10 children too according to Steve Bulpett:


He seems like a wonderful guy and a very devoted family man and will always hold a special place in the heart of all Celtics fans (especially for how much he annoyed Kareem!!).