The Curse of the Missing Winged Assassin 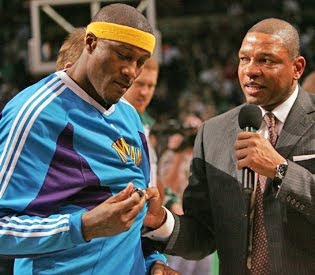 We missed him already by July 2008. A DVD featuring the NBA championship was being rehearsed and he was already gone. Some days later he was let go by the team. He wanted more years and the Hornets gave them to him. He left town and installed a void in the Celtics bench. When he came back to Boston with the Hornets later he was given his ring in a quite emotive celebration.

Everybody missed Posey and we still do.

Let's face it: there is a little chance he will ever wear green again. Although he now has a more suitable contract and the situation in New Orleans is prone to trades we have to remeber that James Posey has also got older in these two years. Also, let's not forget that GMs seldom bring back players that remind them of past mistakes.

Because, let's say it openly: not bringing back Posey was a big mistake by the ownership.

I know that the contract he was asking for was too long and too high, but adding Posey and keeping guys like Leon Powe may have given us the extra help to get another championship in the process. Some extra talent makes a difference, such as the PJ Brown shot during the ECF semifinals against the Cavs in 2008...such as Nate Robinson's performances at the end of the playoffs. 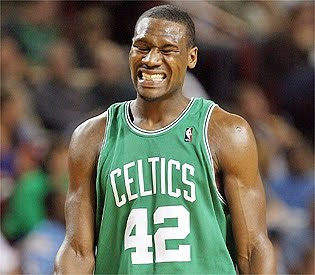 How has management tried to replace Posey? In two different ways. In 2008/09 we tried to make Tony Allen become the new James. It was a longshot to become a real and successful experiment. Tony can't be a shooting threat, he isn't as big as Pose and also he doesn't have the personality and experience of the current Hornet. In the process many fans (included myself) became haters of Tony's game and in reality maybe it wasn't his fault. We all saw this year that when being himself he can contribute to a championship contender. He is just a different player all the way and I think it frustrated Allen to the point to which he became the "Turnover Machine" of last year. It's curious to see that the relationship with Allen has broken up this summer. Will it have something to do with the expectations unfulfilled by both parts? 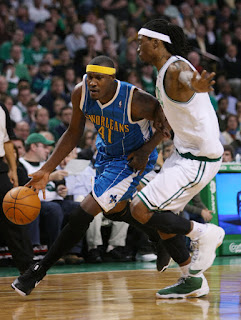 This year Ainge tried plan B: bring some new players for the wing back up role. First we struggled for some weeks to reach a deal with Marquis Daniels. He started the season well but he soon fell injured and lost his chances. While his IQ looked higher than TA's and his play without the ball was very impressive, it seemed all the way that Marquis lacked the hustle and the toughness required. Plus, like Tony, he can't really make a three pointer.

By March, Danny desperatedly tried plan C: sign veteran forward Mike Finley. Unlike his predecessors Fin could really hit his shots and he obviously had the personality and experience that Posey had displayed in 08. That was a moment in which Daniels was demoted to the bench and poor Scalabrine wasn't needed to patch the need for a wing. The problem was that time ran faster for Finley and he didn't have any gas left for the playoffs. His D had become a nostalgic memory and his shot couldn't be found. We were again left abandoned in that position.

This all takes us to now. What will Danny Ainge do this time? Is there a plan D? Will he hire Posey back? Was drafting Bill Walker and JR Giddens ever a plan in Doc and Danny's head? Why can't we get a consistent forward? 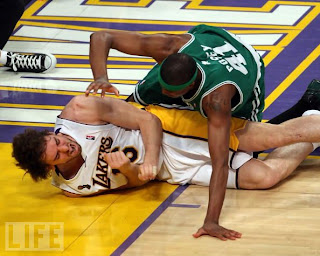 What the Celtics need are what James Posey gave us in 2008 and that is:

1. Perimeter defense. The ability to defend the 2/3/4 spots
2. The experience and toughness of a savvy veteran
3. The outside shot that frees us space for Allen and Pierce
4. The leadership the team needs off the bench.
5. The legs and athleticism to fight with the LeBron's and Anthony's of the league.

The quest for James Posey's clone continues...is the end near? I wonder if even James Posey could answer this question or if only he is the answer to the Celtics hollowed bench. We need the Silent Assassin on the wings, ready to draw a charge, to get under the skin of the most talented player of the opponent, to shoot that three when no one else dares to take it. Would T-Mac, Butler, Wright or Barnes be able to play that role with efficiency? I guess we'll know soon...