If I'd Only Known 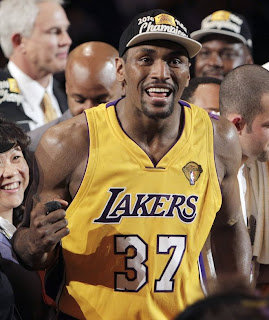 November 1994.  A typical fall day in White Plains, NY.  Home of the Archbishop Stepinac Crusaders. Ready to take on LaSalle Academy from Manhattan in a boys high school basketball game.

It was my Junior Year in High School and my first year on Varsity.  I was an ok player but was actually somewhat fortunate to make the team.  Competing with seniors was really tough; that extra year made a big difference.  I was pretty much the 15th guy on a 15 man roster.  But I was happy I'd made it; it was an accomplishment in it's own right as it was a competitive league.

Stepinac played in the CHSAA Class B league.  LaSalle was in the A League.  So it was a non-league game.  I'd known from previous experiences of playing powerhouses like Rice and St Raymonds that Class A schools were in an entire different league than us.  Not only literally but physically.  They were all Div 1 prospect players.  All a step quicker than us.  In my 4 years of high school we beat one Class A School (Cardinal Hayes, the school of Jamaal Mashburn).  We lost every other game and just about all of them were blowouts.

To cut to the chase, we lost the game to LaSalle by 68 points.  I don't remember the final score but remember figuring out we'd lost by that much.  God Shammgod was their starting point guard and all-world player.  At the time he was regarded one of the best players in NYC along with Stephon Marbury.  As you can see he had a cup of coffee in the NBA, but didn't last long.  I've never played against a more amazing player.  I actually didn't defend him at all.  I watched from the bench as he made the ball look like it was a yo-yo.  He toyed with our starting point guard, who would actually get a basketball scholarship to Wagner, a Division I school.  Breaking his ankles with ease, there was one fast break play where he dunked from about a step in front of the foul line.  It was breathtaking.

They also had Karim Shabazz at the time.  He was a legit 7'3 and would play for Florida State and Providence, although he never made the NBA.  You can imagine how hysterical it was when my team was on the floor with their first team for one possession and he was being guarded by someone about 6'1.  Front him and it was an alley-oop for a dunk.  Play behind him and he'd catch it and lay it in.  The helplessness of our team was comical.

LaSalle's third best player was their sophomore forward, Ron Artest.  I vividly remember before the game my coach questioning the cast he was wearing and how he shouldn't be allowed to play with it (the refs deemed it was soft enough to play with).  I'd never heard of Artest before that and after the game, wasn't ultra-impressed.  He probably scored about 10 points or so.  I myself had 3 in the game, a sweet 3 pointer from the left corner.  I doubt Ron remembers that.

Looking back on that autumn day, I only wish I'd known.  If I had only known the pain he'd cause me almost 16 full years later.  What I would've done differently.  I probably would've fouled him really hard on a fast break and tried to end his career.  Perhaps no one would've ever heard of Ron Artest because of me (though I doubt it).  But after watching him play by far the game of his life last Thursday when they upended my beloved Celtics, it really sunk in for me how far some players have gone since I competed with them in high school.

I can tell you for sure that I never would've guessed in a million years after that game in 1994 that he'd become an NBA champion, and be a key contributor to it.  It's safe to say had he played a standard "Ron Artest" game, the Celtics would be the champs and everyone on this blog would be happy and gloating.  But it didn't happen.  If I had only known back then.