What the Hell Happened to...Jimmy Oliver? 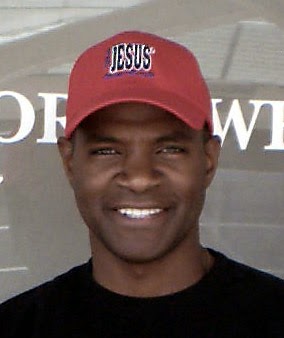 He was a silky, 6'5 shooting guard with a real nice jump shot.  At the time I had been desperately looking to latch onto a new favorite player, in the wake of Reggie Lewis' passing.  I thought Jimmy Oliver might have been that guy.

He was drafted out of Purdue in the second round (39th pick overall) by the Cavs in 1991, after a stellar career as a Boilermaker, making the All Big Ten Team as a senior.  His rookie campaign he played in 27 games and averaged 3.6 ppg.  He wasn't resigned by Cleveland, and even though he was invited to the Pistons training camp in September, wound up playing in the CBA in the 1992-93 campaign.

He'd sign on with the Celtics the next season, 1993-94.  He'd play 44 games with the Celts that year, averaging about 5 ppg in 12 minutes a night.  The thing I loved about him was his shooting.  If you never saw Jimmy Oliver play, his jump shot was one of the prettiest things to watch (think Michael Finley / Ray Allen-esque today).  That year he'd shoot about 41% on 3's. 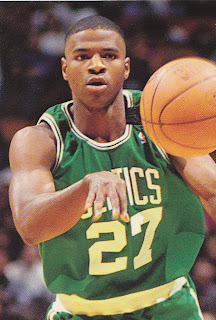 However Jimmy was let go by the Celtics after that year.  And despite playing in the 1997, '98 and '99 campaigns for Toronto, Washington, and Phoenix, he'd only play 6 total games over that stretch.

During the 1998 season, while NBA players were locked out, Jimmy would actually be a part of the US National Team in the FIBA World Championship.  He was that team's leading scorer at 11.8 ppg and a teammate of another Purdue player, Brad Miller.  After beating Italy and Gregor Fucka in the Quarterfinals, the US would lose to Yugoslavia, the eventual champion, in the semifinals.  The US team would go on to take the Bronze medal.  [Tangent time: Gregor Fucka was a real player, and no that name is not a typo.  The pronunciation for it was ˈfutʃka, and for awhile, his agent compared him to being similar to Pau Gasol.  The Pacers were interested in him from that article as you can tell, but he never played in the NBA.  Imagine how that would've gone with that name.  If he was defending KG, it may have been confusing understanding if he was talking to Gregor or himself].

After leaving the NBA, Jimmy would play overseas, specifically for Maroussi Athens and in 2001, won the league championship.  He'd play 3 seasons for Maroussi, but in 2004 joined the Russian professional team known as Dynamo.  In 2005 he played for KK Split in Croatia and in 2006 he played for Union Olimpija in Slovenia.
In hindsight his best year as a pro was his 1994 season with the Celtics.  Again at that time, still hurting from Reggie's death, #27 was a player I really liked, and hoped he might become something special.  It didn't happen.  But it sure was a thing of beauty seeing him shoot the ball.

The most recent news on Oliver today is that he's been involved with Team JAM (which stands for Jesus' Athletic Ministry).