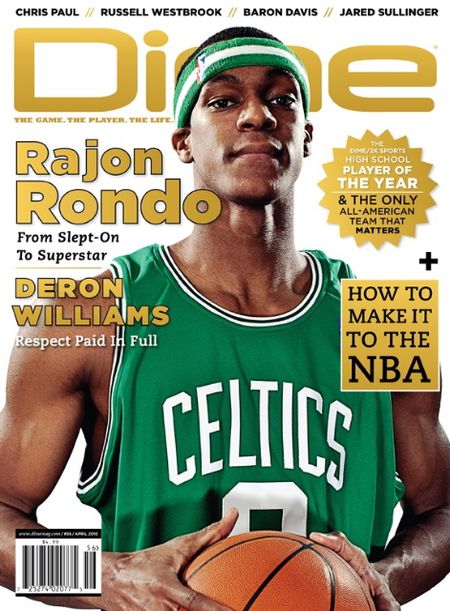 This news is basically from a week ago, but we've had a lot of Celtics stuff to talk about here, so I kept pushing it to the back burner. Sorry Rajon. Good to see Rondo getting more national recognition (I'd be less happy if he was a free agent, but since he's signed it's all good).


As the Boston Celtics battle to stay in the 2010 championship picture, Rondo has taken charge as the team’s best player. Through Wednesday’s schedule, he was averaging 13.5 points, 9.8 assists and a League-high 2.4 steals per game, posting two triple-doubles along the way. In February, Rondo made his All-Star debut, and if the Celtics are going to win an 18th championship, it will be Rondo – not Ray Allen, Paul Pierce or Kevin Garnett – who carries them there.

Rondo Dime video after the jump...