Give some respect to Big Baby 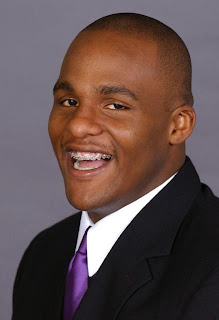 After reading JR and Bill Simmons's articles about Rasheed I got to thinking about who embodies everything Rasheed doesn't on the basketball court.  That person for the Celtics is Glen "Big Baby" Davis.  Sure, Davis isn't the brightest guy in the world off the court. His altercation with his best friend in the off season left him out of the Celtics lineup for a good chunk of the first half of the season. He's also been known to be a little too sensitive, crying a couple years ago after Garnett yelled at him.

However, his effort on the basketball court is as good as anyone's. He takes charges as well as any Celtic since Leon Powe. He dives after loose balls and hustles after every rebound.  In fact, he's the only player in the league with more offensive rebounds than defensive rebounds.  Offensive rebounding is all about wanting the ball more than your opponent and Davis always does.

Remember Easter Sunday when Davis went about 6 rows up trying to get a loose ball? What about when he took a charge on Lebron? He doesn't back down from anyone. Except maybe Garnett who is the scariest player in the NBA.

I hate it when people lash out at Big Baby for not being able to jump. How is that his fault? Sure, he misses too many layups because of his lack of a vertical leap, but he does many more things well than he does poorly.  I always judge a player on how his play matches up to his ability.  Glen Davis maximizes his potential. Also don't forget how huge he was during last year's playoffs. I truly think we'd be better off at least offensively if we play him over Rasheed in the playoffs. Sure, it will all depend on matchups, but if we are going to go down I'd rather go down with a player like Glen Davis than someone who doesn't care.