What the Hell Happened to...Eric Riley? 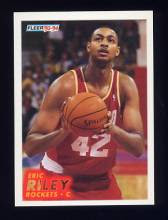 While the University of Michigan was renown for their "Fab 5" freshmen, they actually had a 7 footer off the bench who was a junior and senior, the 2 years Michigan made the NCAA final.  He was actually drafted in the 2nd round of the 1993 draft by the Mavericks.  You may remember Eric Riley.

Riley was a red-shirted freshman on the 1989 NCAA Champs.  Even when they were starting those 5 freshmen  (Riley's junior year), I felt Riley should be starting, sliding Webber to the 4 and Juwan Howard to the 3.  Riley was a better player than Ray Jackson- who was a joke actually.  [Tangent time: Jackson at no point was EVER fabulous; in fact he was the only one of those guys that never played a second in the NBA, nor should he have.  In fact I remember there being sarcastic talk for awhile about it really being "The Fab 4 and Ray Jackson."  In fact Jackson was very sensitive about it at one point telling Yahoo Sports "It took me a long time to get over the fact that I was the only one that didn't make it to the NBA from the Fab Five, but I'm over it because I'm back home and I'm happy with what I'm doing with my life."  Good for you Ray.  Jalen Rose obviously made it and even Jimmy King had a cup of coffee with the Mavericks.  Fisher should've started Riley.  But I digress.] Riley was an NBA journeyman in its purest sense.  He only played a total of 186 games over 5 years.  After stops with Dallas, Houston, Minnesota and the Clippers, he finally donned the Celtics jersey in the 1999 lockout- shortened season.  He played in 35 games that season, 2 of which I was able to attend (the ticket stubs are to the right.)  The first game was vs the Nets in NJ on Saturday Feb 27th, a 101-92 C's victory.  Riley played 4 minutes and had 1 point and 3 rebounds.  The second was from Boston on March 17th vs the Clippers, a 118-84 thrashing that left the Clippers at a Nets-like 1-21.  Riley played 5 minutes in that one with 4 points and 2 rebounds.

I remember being pretty high on Riley, thinking he had good size and mobility to be a more productive player.  Maybe someone good enough to be the full-time backup center.  But with Tony Battie and Vitaly Potapenko on-board, I must've been crazy (well that's what the Evil Emperor thought). 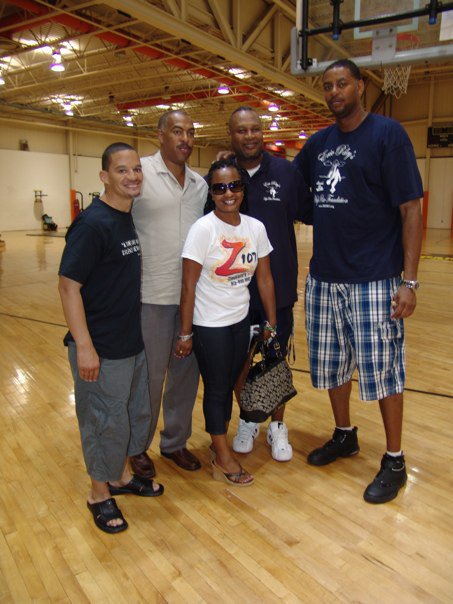 Today Eric, in the spirit of Chris Carr, heads up the High Rise Foundation, a non-profit organization geared towards providing assistance in increasing academic, athletic, and social skills for urban youth.  They had a website http://www.erhrf.org/index.html (which stood for Eric Riley High Rise Foundation) but it appears to be down.  Their Facebook page is here.  For more information on their group reach out to good old Eric himself here.