What the Hell Happened to...AJ Wynder? 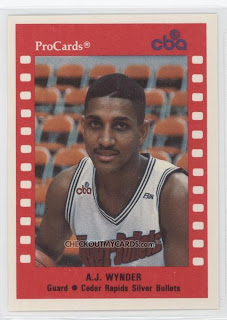 Not too many guys make the NBA from the MAAC Conference.  AJ Wynder was one of them.  Wynder was born in the Bronx and played at St Agnes in Rockville Centre in Long Island.  After leading Fairfield University to two straight NCAA appearances in 1986 and 1987, Wynder had his chance of a lifetime with the 1991 Celtics.

That Celtics team was very good, as I've mentioned in the past arguably the best team Boston's had that didn't win the title in the last 25 years (they started 29-5 that season).  Wynder played in just 6 games and scored a total of 12 points.  His Per 36 minutes were 11 and 7, not too shabby actually.

The lack of AJ Wynder NBA photos online is staggering.  It puts Dave Popson to shame.  However I kept a scrapbook of the 1991 season and found the following picture in my collection: 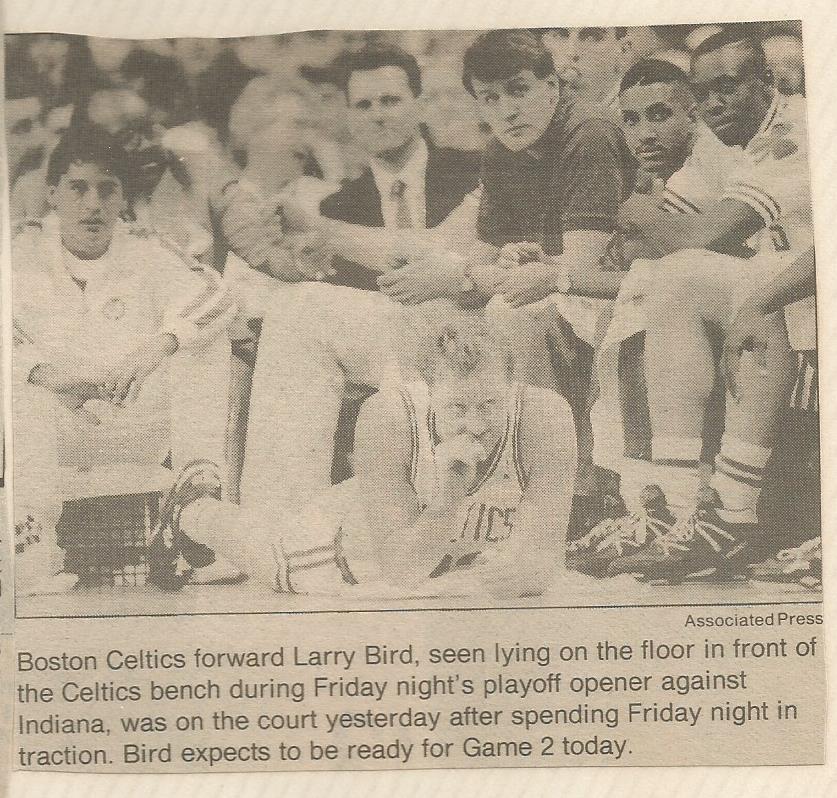 This is an amazing picture.  Obviously you'll recognize Larry on his stomach.  But sitting above him from right are Ed Pinckney, AJ Wynder and Dave Popson!  Popson's not in uniform but on the Celtics bench, proving he did in fact play for them.  All the way to the left is Chris Ford's son who was the ball boy for the team.

Today AJ is the head coach for NC.  No, no, not that NC, but rather Nassau Community College in Long Island.  As you can see from his bio he's been there for 13 seasons and has actually put up a hell of a coaching record.  To watch him in action you can click here.  Congrats to AJ for his success as a coach.