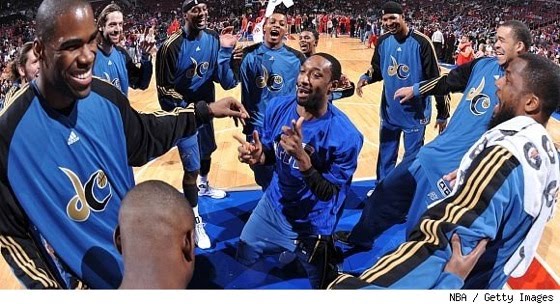 Commissioner David Stern issued the following statement to the media on Wednesday:

"The possession of firearms by an NBA player in an NBA arena is a matter of the utmost concern to us. I initially thought it prudent to refrain from taking immediate action because of the pendency of a criminal investigation involving the office of the United States Attorney for the District of Columbia and the Metropolitan Police Department, and the consideration of this matter by a grand jury sitting in the District of Columbia. For the same reason, I directed the Wizards to refrain from taking any action. Wizards personnel continue to be interviewed by law enforcement authorities, some are scheduled for appearance before the grand jury and the investigation is proceeding with the intensity that one would expect for such a serious incident.

"Although it is clear that the actions of Mr. Arenas will ultimately result in a substantial suspension, and perhaps worse, his ongoing conduct has led me to conclude that he is not currently fit to take the court in an NBA game. Accordingly, I am suspending Mr. Arenas indefinitely, without pay, effective immediately pending the completion of the investigation by the NBA."

The Wizards supported Stern's decision in a press release.

“We fully endorse the decision of the NBA to indefinitely suspend Gilbert Arenas. Strictly legal issues aside, Gilbert’s recent behavior and statements, including his actions and statements last night in Philadelphia, are unacceptable. Some of our other players appeared to find Gilbert’s behavior in Philadelphia amusing. This is also unacceptable. Under Abe Pollin’s leadership, our organization never tolerated such behavior, and we have no intention of ever doing so.”


Not the best way to celebrate turning 28. The "Any Given Sunday" fake shootout move last game might have been the proverbial camel back breaking straw. 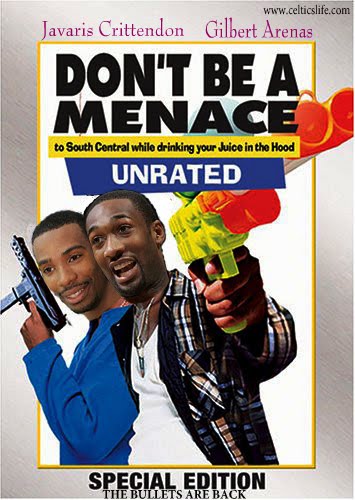