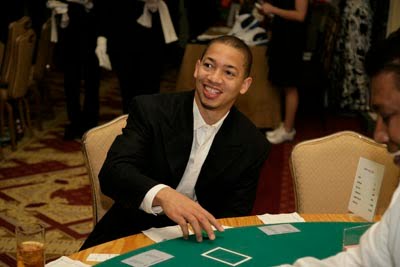 According to Danny Ainge the Celtics are not looking to add a 15th player to there roster. things can change, but don't expect a signing anytime soon or for Lester Hudson to return on a 10 day contract. And those of you waiting for Lue to be the back-up point guard? You probably won't get your wish. There are no plans for Lue to become active. I'm not a big fan of Lue, but it would be a little reckless to have only one point guard on the roster once the playoff eligibility deadline has passed.


The Celts do lack a traditional point guard behind Rajon Rondo [stats], but they’re growing a bit more comfortable with the idea of Tony Allen bringing the ball up the floor with hybrid Marquis Daniels out.

And those who think the team simply will activate assistant coach for player development Tyronn Lue shouldn’t hold their breath. There is an outside chance Lue could get a 10-day contract in a pinch down the line, but the club doesn’t believe he is an answer.

Ainge wouldn’t say much beyond the fact he’d be an “emergency” short-term replacement, but it’s important to note that Lue was brought in before training camp for a look, and the Celts decided to stay with Hudson.

Looking at potential changes, Ainge also acknowledged the chemical element. The current Celts are comfortable with and around one another, so alterations will not be taken lightly.

“Things like chemistry will absolutely be considered if we’re thinking of doing anything,” Ainge said. “If we’re looking at a player, it’s got to be someone who not only has talent but who can fit in on and off the court. He has to be able to play our style and his personality has to fit, too.”

Word yesterday was that Hudson is hoping to be claimed off waivers, which would guarantee the remainder of his contract (some $260,000 is left). If he clears, he can sign with any club or would enter the D-League pool.