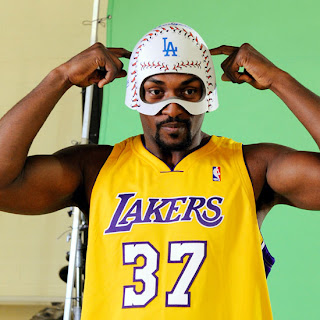 Is this guy really an upgrade?


I've always loved the old cliché, “if it aint broke don't fix it." I think this is especially relevant in the sports world. Sometimes in sports getting the biggest name or spending the most money doesn't guarantee you success. In fact, it can be a detriment to the team. Let's take as an example the NBA off-season moves made by the Cavs, Magic, Lakers, and Celtics. Now, only time will tell if these additions will improve the teams or not, but it looks like the Celtics might have done the most by taking the least risk.

Let's start off with the Lebrons, I mean Cavs. Sure, they definitely needed some new pieces to get them over the top in the East, but bringing in Shaq so far looks like a mistake. This move was either going to make the Cavs worse, or only improve them by a little. The Cavs really needed another perimeter swingman to help Lebron with the scoring load. Instead they brought in Jamario Moon, who has shown he is only good for highlight reel dunks thus far.

The Magic did the same thing. Now, bringing in Vince Carter could make them a much better team, but it could also make them worse. With Turkoglu they created match up nightmares for every other team. Now that they have Carter they are a more traditional offensive team and easier to game plan for. While that may ultimately make them better, it is a risk.

The Lakers adding Ron Artest might be the biggest risk of all. Look, I agree that even if you are a champion you have to keep making additions to improve your team, but not by subtracting the players that got you there. Trevor Ariza was the best player on the floor during last year's finals, besides Kobe. He's younger and more explosive than Artest is at his age. Artest makes them better when they are short handed, but I think ultimately the Lakers would've done better keeping Ariza and bringing in another role player.

Now we come to the team that did it right. By bringing in Rasheed, Sheldon Williams, and Marquis Daniels, they made lower risk additions with potential great gains. Some may say Rasheed is a risk, but if you look at his history, he has always been a good teammate. That is why all the top contenders wanted him. The additions of Marquis and Sheldon were as under the radar as they come, but have so far proven to be brilliant moves. These are two players that are humble, gritty role players, that most importantly know how to play within themselves and have high basketball IQ's. By not going for the big names the Celtics proved that sometimes getting less provides the best results.