What the Hell Happened to...Fred Roberts? 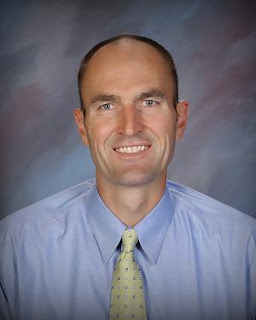 “With Boston losing Bias, the Celtics needed to pick up another big guy and that’s how I ended up on the team.  And, boy, was I nervous. - Fred Roberts

You're brought on board for the defending champs, the team many argue were the greatest ever in NBA history.  Right after that season they drafted Len Bias, adding the #2 overall pick to that team.  Bias dies and they bring in Fred Roberts to basically replace him?  It's startling I know.

Fred Roberts was drafted out of Brigham Young by the Bucks but certainly didn't have a similar career to Danny Ainge.  After a couple of deals (including serving as compensation to the Spurs for the Nets stealing Stan Albeck as coach) Roberts began his career with the Spurs and went on to Utah before being traded to the Celtics for their 3rd round pick in September of 1986.


I'm still incredulous on this at the time that Roberts was the guy brought in for Bias' spot.  In fact watching the 87 Finals' loss to the Flakers, it's sickening seeing Roberts out there knowing that should've been Bias.  He just never did it for me.

As I enjoy doing in some of these segments, here's a review back in the 1991 season by Zander Hollander's Complete Pro Handbook, which gives a scout's take on his play:

How many guys can say they were traded for players, a coach, draft picks and an exhibition game? This guy can...Fifth team in seven seasons...Once was traded to Nets from Spurs for compensation for signing coach Stan Albeck...Also traded by Jazz to Celts for draft picks and home-team rights in an exhibition game...Has found a home in Milwaukee...Lunchpail, blue-collar type. Defends, rebounds, stands on head if asked...Role player had career year...Dives for loose balls, boxes out, runs floor and beats opponents through hustle...Nickname in Boston was Norman Bates, from the Psycho movies...Originally drafted by Bucks in second round of '82 out of Brigham Young...$353,000 salary last year.

After being given the first forward off the bench role he proceeded to do little to nothing in giving Bird and McHale rest.  He was pretty lousy.  I actually don't even think he'd make this year's C's squad.  Maybe he'd be right there with Scalabrine but I want to say it's close.  You know it's all starting to make sense why the Celtics didn't win it all in 1987.

You may recall a couple weeks ago that we found out that Mark Acres is a 6th grade teacher.  Well he's not alone from that 1988 squad.  Good 'ol Fred Roberts also teaches 6th grade in Utah at Lincoln Academy.    No offense to teachers, really; they're intelligent people and could make a lasting impact on a youngster's life.  But is anyone else wondering why that Celts bench was so weak?  I mean Johnny Rondo teaches, was he the ballboy on that team?  What's next?  Did Darren Daye also teach?

Teachers are good people but they don't win NBA Championships.  In the words of Mark Jackson, come on Fred Roberts, you're better than that!