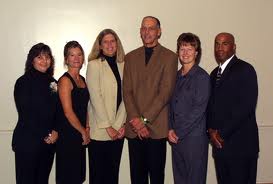 Wayne, 3rd from the right
For the first time in the history of our WTHHT segement, I have to admit, I was never fortunate enough to see this week's player in action.  Being 2 years old at the time of the 1980-81 season, I just didn't have it in me to ask my parents when the Celtics were playing and who that #20 was out there.  So I can't tell you a lot about Wayne Kreklow, what player he resembled or what his strengths or shortcomings were.  What I can tell you (aside from having an awesome number in Celtics history; seriously #20, between Nelson's 19 and Sharman's 21 is a number still out there active that's never been retired.  Of course Ray may have it retired if he plays 3 more years after this one) is that Kreklow was drafted by the Celtics in the 3rd round of the 1979 draft out of Drake University.  The fact that Kreklow's only time in the NBA came for the Celtics in the 1980-81 season makes one wonder, what the hell happened to Wayne Kreklow in 1980?  Did the Celtics pull a Larry Bird with Wayne and draft him a year early? (The answer is no).  Can anyone explain what happened in between the year he was drafted and the year he played?  Was he overseas?  Injured? 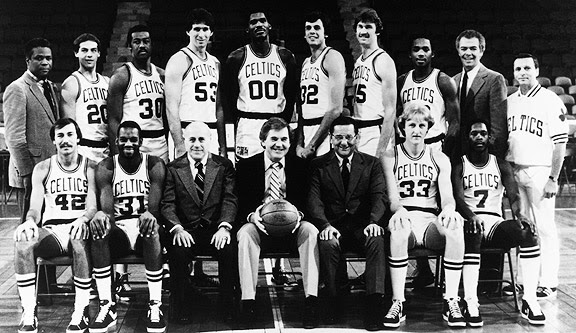 Kreklow only lasted 25 games in the league for the 1980-81 season.  He shot 11-47 from the field for only 23% (not good)) but was actually 1-4 on 3 pointers (25%) which placed him at a higher percentage than Magic Johnson on 3's that year (Cheesy shot 18%).  He was waived on January 21st 1981 which means I'm not sure if he received a championship ring from the Celts that season.  Did Brandon Wallace get a ring for the 2008 Celtics, just because he was in the photo at the beginning of the year?  I don't think so.

However unlike many former NBA players who fall into obscurity, Wayne has remained in the public eye.  Today Wayne is the head coach of the women's volleyball team at the University of Missouri.  You can also find him on Twitter here.  His son Ricky (below with Wayne), is a highly recruited senior basketball player who looks like he'll be attending either the Univeristy of Missouri or the University of Minnesota.  Who knows in the year 2035, you may be reading a WTHHT  Ricky Kreklow.

8/13*** Ricky attended the University of Missouri but has since transferred to Univ of California: 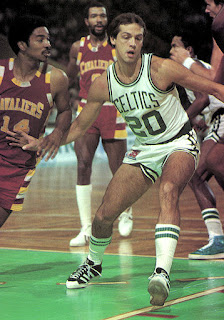 UPDATE: A big Celticslife thank you to Fabio at http://www.iamaceltic.it/ for providing this picture of Kreklow in a Celtics uniform.  He was also nice enough to provide pictures of Matt Wenstrom and Dave Popson in uniform, so be sure to go back to those older articles to see the new pics!  They're much better than any of my scrapbook photos lol.  And please take a look at Fabio's site.  It's based in Italy but they really know their hoops!