Kemba Walker continues to struggle, say all the right things 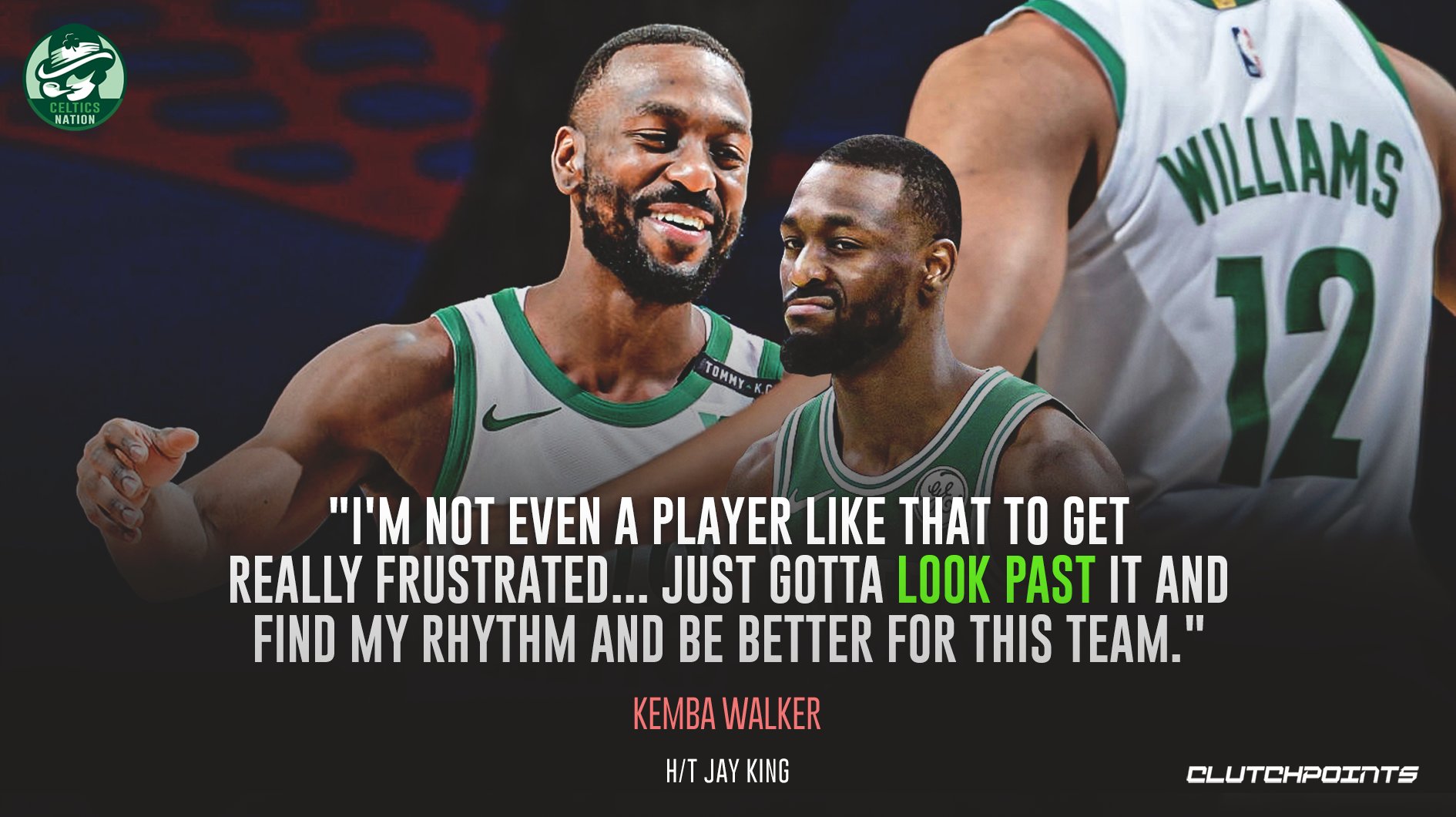 If you're looking for a player who's going to lose it with the media and become a recluse due to his struggles on the floor, Kemba Walker is not your guy. By all accounts, Walker is a very solid team leader, locker room presence, and all around good guy. The problem is the Celtics aren't paying him $40 million a year just to be those things. The Celtics are looking for All-Star production.

First thing's first, Walker is a better player than he's looking right now. You don't just forget how to shoot the ball. Those skills are as impressive as the advantages of Nevada sports betting apps, whoever knows them never looks for another. The bigger issue is his fit on this team. Similar to Isaiah Thomas in Boston, Walker thrived on Charlotte Hornets teams where he was the offense. The ball was always in his hands and the team was asking for him to score 30 points in order to win.

Who knows how Isaiah would have done having to acquiesce to Tatum and Brown. But it might have looked somewhat similar to what we're seeing with Kemba. The issue could just be fit. And one may have to question Danny Ainge on this. The Boston media loves Ainge and praised him for signing Kemba to a $40 mil per year contract. They also unanimously laughed at Michael Jordan for signing Gordon Hayward to a $30 million a year contract. Reality is mybe Jordan was wise to pass on paying Kemba. Seems like his money was better spent on Hayward and Rozier.

To those saying, "I'm sick of Kemba. Just trade him." That's not how NBA trades work. No one wants the struggling max player in his 30's. The only way for the Celtics to trade Walker would be for him to start playing up to his contract. And if that happened then you really wouldn't need to trade him anymore right? So the situation isn't as black and white as some may like.

What needs to happen is for everyone to make the best of the situation. The Celtics fan base needs to not turn against Kemba like they did Hayward. He's not trying to miss shots. You knwo this right? I never understand why fans ever get on players who are giving their best effort. Like boo a guy who doesn't run out a pop up or doesnt' get back on defense, but why get on someone for swinging and missing or not making a jumper? Luckily for Kemba there are no fans in arenas to boo right now. But players do hear the voices and chatter on social media. So like I said, Walker isn't going anywhgere so the most we can do is be supportive.

Kemba can still be a 20 point scorer on the Celtics. He will be a negative on defense and he won't be the "man" that he was in Charlotte. He won't be worth $40 million a year either. But the key is for Brad Stevens and the Celtics to at least get Walker back to being a lethal offensive weapon. Don't blame Walker for his shortcomings or his contract (What was he supposed to say, "Thanks Danny for the offer, but I'm really only worth $25 million a year!). There is a need for a 3rd guy on the Celtics that can put up 20. Maybe Stevens needs to stagger Kemba's minutes with the Jay's, so that he's only playing with one of them at a time. That's easier said than done, especially when all three of them start the game (and the 2nd half) together.

Is Kemba more of a Lou Williams/Jamal Crawford instant offense type off the bench on a winning team? Maybe that's the case. That will be a bitter pill for Ainge and the Celtics to swallow, but eventually they may have to.

I'm rooting for Kemba to turn things around. He's a much better player than he's showing right now. It's unfair to expect Charlotte production from him considering his role here. And it's unfair to expect him to be worth $40 million a year. What we need to expect is for him to remain positive and try to turn things around. And for the coaching staff to make this work. And maybe even for the front office to be held accoubtable from time to time, but that might be asking for too much. Will settle for just the other stuff.